“An artist is a creature driven by demons. He doesn’t know why they choose him and he’s usually too busy to wonder why.” William Faulkner 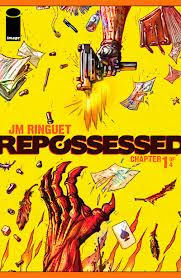 There are only two things that really freak me out.:
#1 Roller Coasters
#2 Demon Stuff

Thank God there aren’t any roller coasters hidden inside this comic.

Maybe it’s because I was raised in a moderately strict Christian household (and all that it implies), but who’s to say. My wife and I like to watch a lot of the “paranormal” television programs that you’ll find nowadays. I can watch the stuff about little green men, ghosts, and Bigfoot all day long. Throw in an episode about the pea soup hurling possessed and I’m out. I’ll turn the down stairs lights off; and channel my inner Barry Allen all the way up the stairs to the bedroom with 1000 legions of hell nipping at my heels. Just as I’m about to suffer unimaginable tortures, in a moment of glory I leap through the doorway ,and in one continuous motion jump towards the bed, slam the door, and slide under the covers. Occasionally my wife will be waiting, with a leg up of course. This ends up badly: Picture old school WWF, with Macho Man about to rain hell from above in the form of a elbow off the top rope down on the Hulkster’s bandana clad dome…….when all of a sudden……err, at the last possible second……against all odds…..showing amazing fortitude and his ability to read a script, the Hulkster lifts his massive leg towards the heavens and catches Macho Man square in the face. Then of course, it’s on. I go all Rick Flair and figure four her ass. I have to warn you though, she really hates when you do the Rick Flair dance, shimmy, Wooooo! You know what I’m talking about…….Woooooo! Whatch Ya Gonna Do?!?! 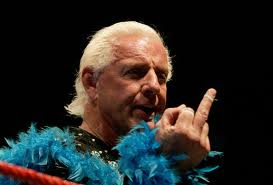 It was decent, or the first two issues were decent. If you’re into mercs hunting demons and repossessing the possessed, then you’re in. If you’re a huge Jim Ringuet fan then you’re in. I remember the book he worked on with Hickman, but other than that, Jim Ringuet remains much of a mystery really. I could Google him…but, I won’t. The art was much better in this book then the few pages of Transhuman that I can vaguely remember. The writing is acceptable too (besides the fact that the demon hunter thing has been done), but the dialogue in the first two issues is what has guaranteed me picking up the last two issues. That’s right, there are only four issues, but this is acceptable, we don’t need more! Woooooo! It’s fun, but only if it’s fleeting… shimmy shimmy WOOOOO!

Posted by The Hammond Comics Blog at 4:55 PM