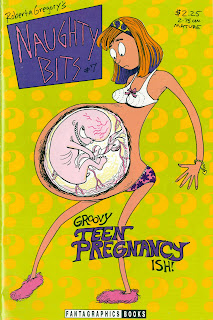 In addition to the weekly comics that I pick up regularly, I also schedule mandatory time to re-read books from my collection, most of which admittedly sit around gathering dust most of the time. Hardcore collectors and comics fans rarely sell their books. While they are low in monetary value, the sentimental value to most Fanboys is priceless. In the current market, most books are not even worth their cover price. I remember picking up two copies of all of the number ones from the Flashpoint series. My thinking was that I would keep one set for myself, and sell the other online. The acquisition of these number ones I considered a business investment, but my business acumen couldn't have been further off point regarding this purchase. They were listed on Ebay with a starting bid that was the cover price and also included free shipping. To my amazement, they did not get a single bid. Any fan could have picked them up minus tax and the gas that it takes to get to the store, but no one wanted any part, even though I would've taken a financial hit on the transaction. My point is that you can list comics up there with the rest of the "collectibles" that are only worth what someone is willing to pay despite what the pricing guide may tell you. However, their market value is of little concern to me when I am making these purchases. As infuriating as it is to pay four dollars for a sub-par comic, most of the ones that I do purchase are pretty damn good. They're my favorite form of entertainment. I write about them here although I have a limited amount of free time, and if any female were given the opportunity to read Cody and myself's daily Facebook chats about the books that we read, she would undoubtedly and immediately become drier than the most remote reaches of the Sahara. But despite the stigma attached to the medium, our love never wanes.

Many times picking up a book that I have not read in five to eight years turns out to be the most enjoyable and surprising part of my week. When I grabbed my four Bitchy Bitch trades from the shelf on Monday, they remained super glued to my hands until I devoured every word. Many independent creators are severely underappreciated, and after googling Roberta Gregory and finding barely anything online, I knew what I would be writing about this week. These are some of my favorite books out there, and they deserve to be noticed, remembered, and appreciated. I tend to have a rather cynical view of the world. There are few people in the world that get to see that side of me, but I will confess to this website and it's readers that if you meet me and find that I am overly nice and amiable you are not one of those chosen few. Bitchty Bitch is one of the few characters in comics with an even more cynical worldview than myself, and that aspect of this series couldn't be more refreshing/hilarious.

Although Bitchy Bitch may be autobiographical to some extent, there is no fictional character in comics that I can relate to more. Roberta Gregory does a great job of chronicling Midge's inner thoughts, in addition to the mask that she must wear in public that is necessary to function in society. Midge (Bitchy Bitch) is defined by traumatic experiences that end up defining her worldview. A disfunctional home, child molesting Uncle, and unlawful pre-Roe v. Wade abortion are the most notable. The latter is a scene in literature that will make me squirm in my seat everytime. This was an aspect of life in the early seventies that I had no clue even existed until picking up this comic. Every part of this particular storyline, from the near rape loss of her virginity, to the self doubt and isolation she experiences before realizing the unwanted pregnancy is now a reality are raw and unsettling. Maybe growing up in a Catholic household like the character Midge, and seeing the similarities between her family life and my own make this one almost too much to bear, but when reading I feel real anxiety. That is a feeling that only the best writers out there can create in their readers. The breakdown of the abortion process in an abandoned warehouse by a minimaly trained former paramedic literally makes me sick to my stomach. This should be required reading for any of the flag waving fundamentalist Christians out there that take such a hard line stance on this issue. The thought that thousands of women had to go through this alone, and that many did not even survive the procedure breaks my heart to think about.

While being an extremely serious book sometimes, it can also be extremely funny as well and that is also part of the appeal. Getting to see this character grow up from childhood to adulthood makes me especially fond of Bitchy Bitch. Her unapologetic honesty is refreshing and humorous even though her thoughts can be quite ugly at times. But these are the thoughts that define us at the end of the day. The sad fact is that most people want to deny that they exist. Roberta Gregory is not one of these people. This forty issue series is availiable in trades through Fantagraphics, so now you have no excuse for not reading one of Seatlle's most prolific underground comic creators. If the thought of Peter Bagge's Hate on steroids is an appealing concept to you, this is a must read that you need to add to your collection immediately. As entertaining as many of the hero books can be at times, the real stories are being told in the independent scene. Naughty Bits is at the top of my list. Go out and pick these books up today.

By: William R. Davis Jr.
Posted by The Hammond Comics Blog at 5:17 PM