Daredevil: Portraying Disability in the World of Comics

It's time for another Marvel review. This time I have picked Daredevil. The world of literary criticism has written volumes on the way that disability is depicted in the media. In comics, there is not a better example of this than Daredevil. Let's get down to business. 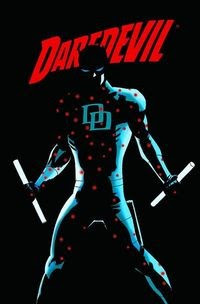 In the reality of this comic, Daredevil's lack of sight has enhanced his other senses to the point that he is able to fight crime as a superhero. This stereotype of disability has been perpetuated in many forms, but the truth is that the blind's lack of sight does not sharpen their other senses. This is a fact. But although there are those who take great offense to the idea of "supercrips", I for one do not see anything wrong with Daredevil as a character or a comic book. Comics are a sensationalized form of entertainment...period. The other common complaint is the argument that books like these give people the idea that disabilities can be overcome through perseverance and hard work. This claim is preposterous. Trust me when I tell you, most academics think comics and comic fans are stupid. I have a bachelors degree in English Literature and I know from experience. I had a non-fiction professor once refer to comics as, "a lower form of art than the tabloids". I honestly wanted to jump over three desks and strangle the motherfucker. The funny part of it is that after I graduated I convinced my friend Harvey Pekar (RIP) to speak at the University where I earned my degree for a few bucks. I can almost guarantee that academic piece of shit who berated comic books was sitting front row clapping politely at all of the right moments. Fuck that guy.

Daredevil issue number five as a book was great. The standout part of the new Daredevil is the art. Marcos Martin does a great job of creating something that is stylistically unique. No other book out there looks like Daredevil. But the story is average. Mark Waid threw in a nice later season Simpsons reference, but as far as writing goes it really doesn't break any new ground at all. I found myself excited over this book regardless. Before writing one of these reviews I always read a book three times minimum. I remember laying there before bed thinking about what superhero book on my pull list I was going to cancel in order to have the funds to follow Daredevil. When I thought about it hard enough, I realized that I really didn't care about what most of these superheroes were doing on a monthly basis. Swamp Thing and Batman have been regrettably forgettable. So it was then that I decided to cancel them both along with Aquaman. Aquaman is not a bad book, but to be honest I just really do not care about him that much at the end of the day. I decided not to add Daredevil for the same reason. As far as superhero books go, Daredevil is top shelf all of the way. If Marvel books are your thing, pick it up for sure. You won't be disappointed. I on the other hand am now using my new-found financial flexibility to pick up and try new titles. At the end of the day, I don't want to buy a monthly floppy solely based on the fact that I have been collecting it since I was ten years old. Life is way too short to not be passionate about the things that you read. I have an extensive pull list, but my superhero selections are now limited to: Justice League, Superman, Action Comics, and Detective Comics. That is alright with me until the major companies, creators, writers, and artists decide to step up their game.

By: William R. Davis Jr.
Posted by The Hammond Comics Blog at 2:34 PM