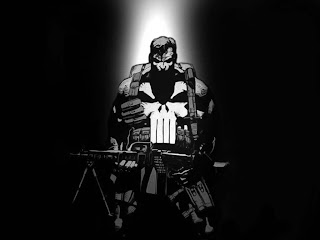 As a life-long diehard Spidey fan, I’ve been looking forward to this issue. I had to know what having someone other then Peter Parker under the red and blue was like. That’s right, in case you’ve been living on another planet you already know that Peter’s a thing of the past. Although, I will miss Peter, I think the idea of someone else taking the mantle of web head is thought provoking. By that I mean it’s not everyday that one of the greatest characters of all time is killed off.
The new kid on the block is just that; a little black boy named Miles Morales. The plot of this book is mostly just a background and set up for the following comics in the series. I was extremely disappointed that Miles and Peters’ stories almost mirror each other at this point. Why kill off Peter to just replace him with another character with the same powers, same costume, and the same villains? I am anxious to read issue #2 for this reason. I want to see where Bendis is taking this story line before I buy in or judge it too harshly.
The cover was more of the same. I bet I have 100 spidey comics with almost the same cover. Hopefully they’re just saving the best for later.

I loved the cover of this book; in fact, all of the artwork was outstanding. It reminded me of Frank Miller’s work, very dark and dreary. There wasn’t much of a plot as the whole book was one long fight scene. I also liked the fact that Castle didn’t say a word the entire book. He didn’t have to. I missed the first two issues so I’ve no idea why the Vulture and Punisher are fighting, but I’m glad they are. I think Rucka’s writing and Marco Hollingsworth’s artwork are going to take this title to wonderful and exciting places, at least I hope so. Lots of Blood-n-Guts as it should be with the Punisher. I will for sure be picking up the next issue.

I had my wife pick me up a random book thinking it would make for an interesting read/review.

I must first say that I’ve been avoiding this series ever since the first spider island was released. I wanted nothing to do with this ridiculous story line and I still don’t. The plot is too fragmented and poorly executed. Pretty much everyone on the island of Manhattan has been bitten by infected bed bugs giving them all spider powers. I’m not kidding. This story line is reminiscent of the clone saga of the 90’s, and we all know how that all came out. Trash. Truthfully I couldn’t even finish half the book I was so pissed. The art is so so. I really liked the cover with the shocker having six arms but that’s the only thing I liked about this book. If you want it you can dig it out of my garbage and make it your own. I actually felt like the more I read of it the dumber I got. The worst part is that it won’t be over until November, but I guess that gives me time and money to explore new titles.


Cody Miller
Posted by The Hammond Comics Blog at 3:47 PM